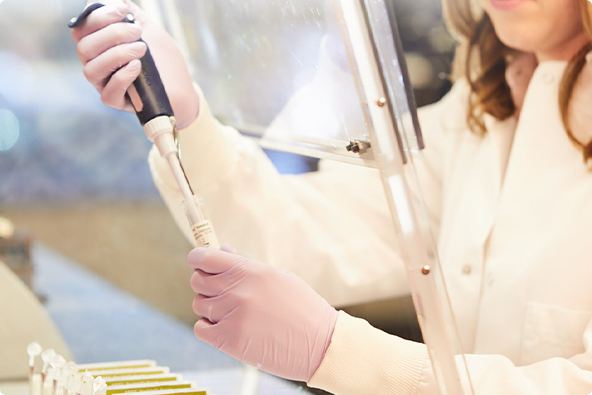 Multiplexing technology from Luminex has been critical for the development of assays designed to study human SNPs involved in parasite transmission as well as the spread of drug resistance markers in Plasmodium falciparum. That was a key message in this presentation from Lynn Grignard, a research fellow at the London School of Hygiene and Tropical Medicine.

Malaria, which led to 212 million cases worldwide in 2015, is caused by a parasite with a remarkably complex life cycle. Important steps include development in the mosquito and transmission to a human host when the mosquito feeds, followed by a liver cycle and blood stage within the human. While malaria is preventable and curable, Grignard said, it remains a life-threatening disease, particularly in Africa.

In her presentation, Grignard focused on two areas she studies: how human SNPs are involved in transmission or protection against malaria, and how drug resistance is spread to the parasite. These investigations led to the development of two assays based on xMAP® Technology. “You can’t take a lot of blood,” she said, “so you need to multiplex if you want to test an ever-growing number of markers.”

The first assay targets human SNPs in genes such as G6PD, HbS, and HbC. Grignard designed the assay to incorporate both genomic PCR amplification and allele-specific primer extension, and she worked with Luminex to identify the best bead sets for her targets. Genotyping results for all markers are available in six or seven hours. She reported that the biggest rewards in assay quality came from optimizing the genomic PCR process and adding BSA during the bead hybridization protocol.

Grignard is already moving to the next step, which is combining the genetic data with enzyme data to correlate a specific genotype with its effect on enzyme activity. Already, she has seen cases where the genotype doesn’t adequately explain a change in enzyme activity, but that just helps her improve the multiplex assay. “You can then go back to the drawing board, and Luminex allows you to do that because you can add more SNPs to your assay,” she said.

The second assay, which is still in the final stages of optimization, tests human blood and parasite DNA to evaluate markers of drug resistance. While she plans to use the assay to track parasites transmitted from humans to mosquitoes, it could also be used to monitor drug resistance in a population, she noted.

Ultimately, Grignard concluded, xMAP Technology offers a compelling solution for fast, economical multiplex assays that require little DNA input. Results can be generated in a single working day, and the technology is robust enough to be used with blood spots stored on filter paper, making it amenable to field use in Africa. 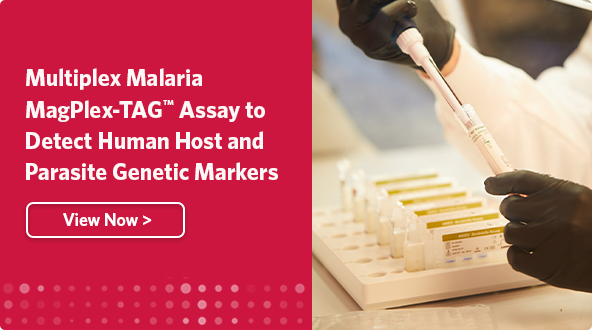