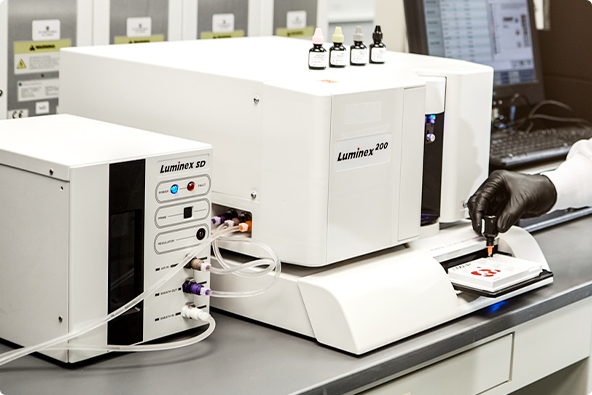 Dr. Bettina Wagner, a veterinarian and immunology expert serving as the AHDC’s Director of Serology, has built several important assays using xMAP® Technology. When she first joined the ADHC in 2006, she acquired a new Luminex® 100™ System, which proved so effective that she upgraded to the Luminex 200™. She now has four of these units—three in the AHDC and another in her research lab, where she performs much of her initial work on developing new assays.

Early in Dr. Wagner’s tenure at the AHDC, she established an xMAP-based test to replace western blot and ELISA tests for Borrelia burgdorferi, the pathogen responsible for most cases of Lyme disease.

“When we introduced the test in 2011, it was the first multiplex serological assay for veterinary species,” Wagner recalls. The bead-based test could be used across multiple species and, unlike its predecessor assays, offered more than just a ‘yes or no’ answer.

“This test gives more information than the previous testing for Lyme,” she adds. “It can quantify antibodies to three specific antigenic proteins of the pathogen with broad linear range. Differences in antibody pattern against the three proteins can also tell us whether an infection is early or chronic, and it can evaluate treatment success as antibodies decline,” she says. The test also includes a marker to examine vaccine success and antibody titers.

Taking advantage of the many applications of xMAP Technology

Around the same time she created the test for B. burgdorferi, Dr. Wagner began a USDA-funded project to develop monoclonal antibodies for equine immunological molecules. She designed a multiplex cytokine assay—the first available for horses—using xMAP Technology. “We have run this assay for many years for the equine research community,” she adds.

Following the success of these initial projects, Dr. Wagner and her team continue to design additional multiplex tests. Most recently, Wagner and her team developed a test to detect antibodies associated with COVID-19 in felines, which they tested on cat samples collected from veterinarians in New York City.

“Luminex technology is great—we use it every day,” Dr. Wagner says. “Multiplexing is very important for us. We can offer advanced interpretation by using multiple targets, so it is an experiment life-saver for many samples where we simply don’t have enough volume to run several separate assays.” 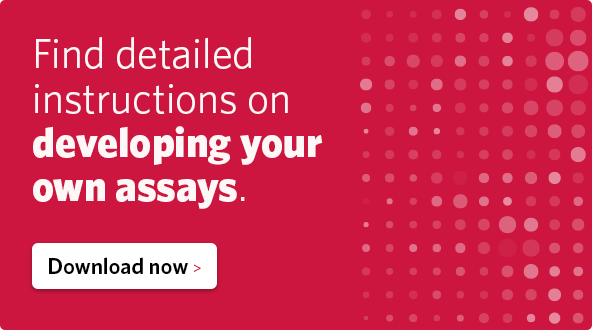