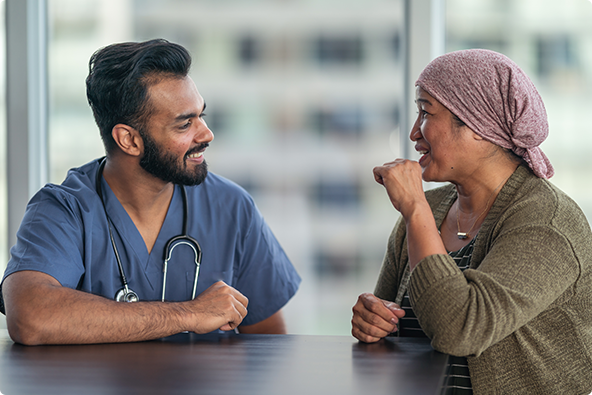 It’s not often we get to hear the patient perspective, which makes this recent Mendelspod interview featuring a researcher and the husband of the cancer patient he’s helping particularly compelling.

The 30-minute podcast features Christian Regenbrecht, CEO of Berlin-based CELLphenomics GmbH (better known as CPO), and Janos Flosser, a technology fund manager based in Copenhagen. We’ve written about CPO before; its combination of patient-derived, three-dimensional cell culture models with the Luminex-based DigiWest® technology is informing the development and selection of therapies for cancer patients.

The real-world implications of that approach are significant, and few people know that better than Flosser. His wife, Ingrid, was diagnosed with triple-negative breast cancer, a subtype that is typically more aggressive with worse prognosis than other forms of breast cancer. As Flosser and his wife dove into the world of cancer treatment, they realized they were looking for “a more individualized approach than [the] standard of care,” he told Mendelspod host Theral Timpson. He networked and researched, eventually finding Regenbrecht and CPO.

Regenbrecht headed to Copenhagen to meet with Ingrid and her doctors and discuss the CPO approach, which involves using 3D cell models of tumor and normal tissue from cancer patients to screen the effects of as many treatments as possible. Results indicate not only which therapies or combinations of therapies are most likely to be effective, but also which ones are likely to be unsuccessful. That was important to Flosser, who was eager to avoid the painful trial-and-error process typically used to identify which treatments work best in a patient. That technique — described by Flosser as “bombing the immune system back to the Stone Age” — is known to allow cancer to progress and to lead to resistance to therapy.

Doing the trial and error instead in carefully designed, patient-derived cell models so that only the most effective treatments can be given to the patient “is the progressive way of individualizing cancer [treatment],” Flosser said. Today, Ingrid is being treated with a therapy highlighted by the CPO models as most promising for her particular cancer. Regenbrecht noted that many oncologists are reluctant to deviate from the standard of care for a patient’s first-line therapy, but that patient-derived models can be used to determine the most effective second treatment long before the first one gives out. That dramatically accelerates the process of getting patients on the right therapy, even leapfrogging over resistance in some cases.

Part of CPO’s approach is that “we try to gather every piece of evidence,” Regenbrecht said. The DigiWest technology his team uses allows them to generate western blot-type results for hundreds of (phospho-)antibodies at once, all from very small amounts of starting material. This can make it much easier to spot key oncogenic pathways aberrations: in one example, Regenbrecht said that DigiWest detected an aberrantly regulated pathway likely to be caused by a single mutation only found at 2,000-fold coverage via DNA sequencing.

Here at Luminex, we were honored to have the opportunity to sponsor this important discussion. We hope you get a chance to listen! 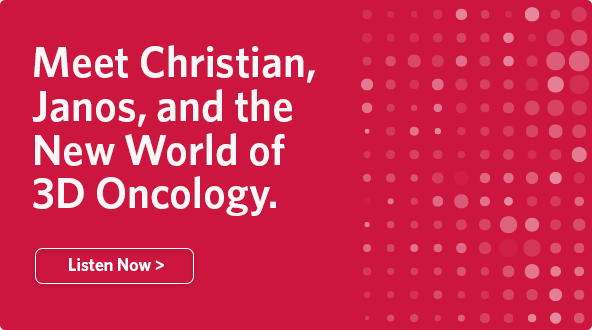