Luminex® xMAP® Technology has become an indispensable tool for tens of thousands of life science researchers. Here are six new papers, featuring customer-developed assays and partner kits, which we thought would be especially interesting to you.

Our bibliography helps you stay current with the success that your scientific peers are having while using xMAP Technology. We’ve included hyperlinks to the PubMed citation or journal site for your convenience.

A complete list of over 22,000 publications using Luminex can be found at www.luminexcorp.net/publications. 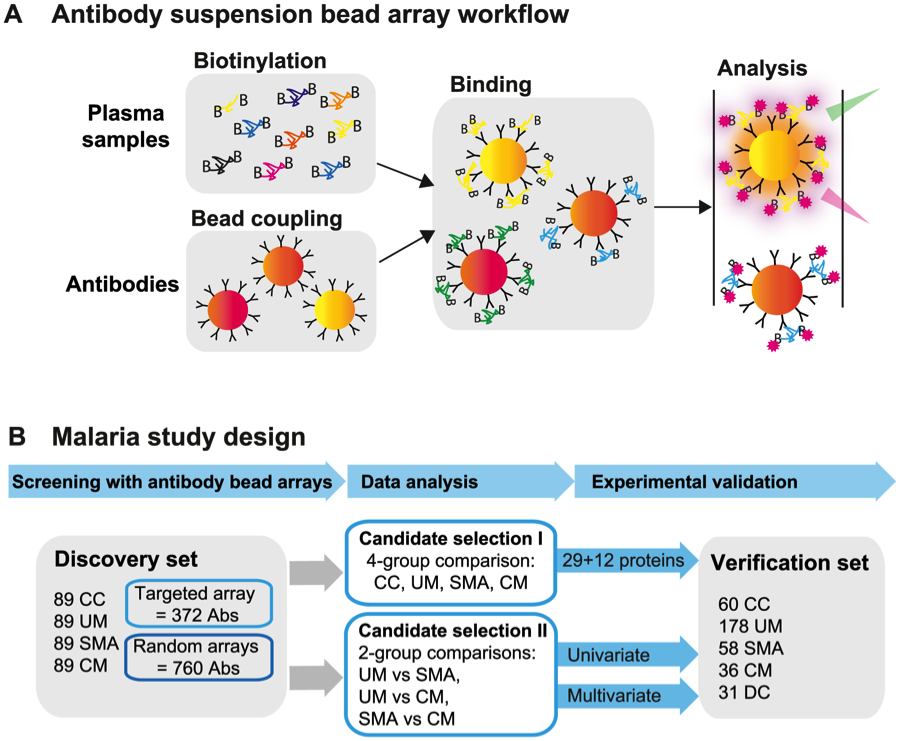 A. Schematic overview of the affinity proteomics approach using antibody suspension bead arrays. Plasma samples were biotinylated, antibodies were coupled to color-coded magnetic beads, and both were combined for analysis. Bead identity and captured plasma proteins were then detected using a flow cytometric analyzer. B. Experimental design of study. Initial screening with 1,132 antibodies from targeted and blinded selections was performed in the discovery cohort (n=356). Data from the patient groups were compared using univariate tests and multivariate penalized regression models. Identified single proteins and multi-component protein panels discriminating the 3 disease groups were validated in the verification cohort (n=363).