In a Debate About Mitosis, New Study Links Process to Cell Size 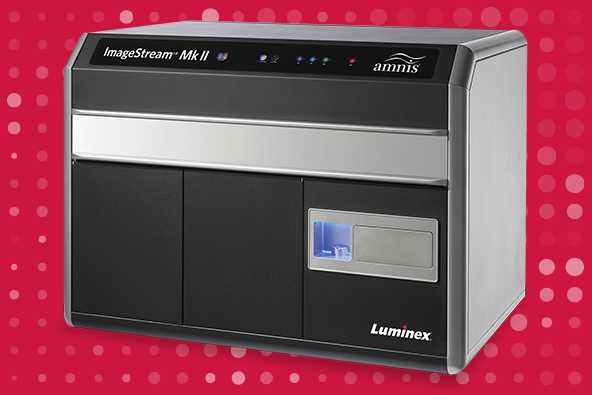 It has been more than 140 years since the discovery of the mitosis process, but until now, scientists were hard-pressed to explain what triggers cell division. The most common hypotheses have speculated that cells divide when they reach a particular size, when they’ve grown for a certain amount of time, or when they have amassed a specific volume.

To study cell size and expression of Cdc13 proteins before, during, and after mitosis, the research team used the Amnis® ImageStream®X Mk II two-camera system with a 60x magnification lens, which can rapidly produce thousands of single-cell brightfield and fluorescent images of cell morphology and intracellular components for measurement. Imaging was restricted to less than 10 minutes and to avoid autofocus-based drift, cells were imaged at fixed, empirically-determined focal points.

A publication in Current Biology may finally settle the debate. Using the ImageStreamX Mk II Imaging Flow Cytometer, researchers from The Francis Crick Institute, Swansea University, the Broad Institute, and Rockefeller University determined that cell size is the most likely trigger for mitosis. The team, which includes Nobel Prize winner Paul Nurse, discovered that varying the expression of Cdc13, a cyclin B cell-cycle protein, influenced cell size at division.

Cell size—more than just a number

“Our results demonstrate that as cells grow larger, their probability of dividing increases, and this is sufficient to generate cell-size homeostasis,” the authors write in the paper. “Size-correlated Cdc13 expression forms part of the molecular circuitry of this system.”

The scientists used fission yeast Schizosaccharomyces pombe to study cell-size control “because it has extensive genetic resources, a well-conserved cell-cycle architecture, and the ability to efficiently correct cell-size deviations,” they report. To vary the Cdc13 expression levels exogenously, they used a newly developed tetracycline-inducible promoter.

Results showed that the relationship between Cdc13 expression, cell size, and cell division is probabilistic. “We conclude that Cdc13 rises noisily in mean concentration level as cells grow and that Cdc13 must hit a threshold concentration required for cell division to be triggered,” they write. “Due to the noise in the Cdc13 level, a fraction of small cells may have suprathreshold Cdc13 levels and thus may trigger division. In larger cells, almost all cells have suprathreshold Cdc13 levels; as a result, there is a high frequency of cell division.”

Congratulations to this research team for the excellent work!

Given that Luminex recently added Amnis Technology to its portfolio, we are very excited to be playing a part in helping to answer foundational questions in biology.