This year’s flu season stands as the mildest in the past three years, according to public health officials at the Centers for Disease Control and Prevention (CDC). However, as of this week, flu is still spreading, and the season may not have yet peaked.

“This has been a really late influenza season,” Dr. Lynnette Brammer, an epidemiologist in the influenza division of the CDC, said in an interview with WBUR news station. “If you go back and look at the last 33 seasons, only five of those have peaked during March, and none of them have peaked in April.”

This season is quite a departure from last year, when we saw a particularly early and harsh flu season and a flu vaccine that did not include the most common circulating virus.

Milder weather may be a factor behind the unusual season. Another factor determining the severity of a given flu season is the number of people immune to the flu as a result of vaccination.

Unlike last year, this year’s flu vaccine has proven a good match for the flu viruses currently circulating. According to the CDC, the vaccine is about 59 percent effective.

“This means that getting a flu vaccine this season reduced the risk of having to go to the doctor because of flu by nearly 60 percent,” said Joseph Bresee, M.D., chief of CDC’s Epidemiology and Prevention Branch, in a CDC statement.

Click here to learn more about flu testing with RP Flex and the benefits of Flex™ testing. 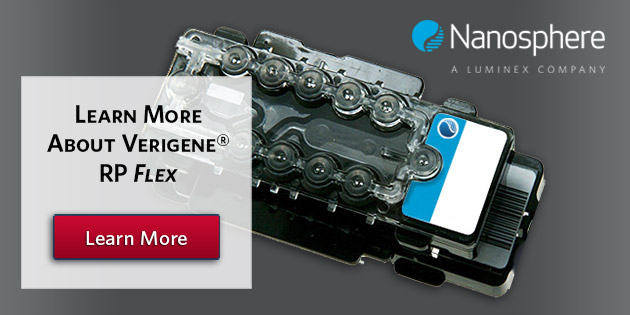