At a 2018 xMAP® Connect user group meeting, Xing Wang, President of Array Bridge, spoke about how his team is using xMAP Technology to streamline the development of new biologics and biosimilars for pharma/biotech scientists. The 30-minute presentation focuses on protein conformational analysis (PCA), a multiplex approach that replaces previous testing performed with ELISAs.

The need for better tools to develop biologics — Wang’s talk centered on monoclonal antibodies — is clear from the rapidly growing market, he said, noting that by 2020 it is expected that more than 70 monoclonal antibody therapies will be on the market. Pharmaceutical and biotech companies are investing heavily in the development of these therapeutics, and existing products are eventually expected to be mirrored with new biosimilars.

A major challenge in that development, however, lies in understanding the three-dimensional conformation of a protein — including how that influences its biological function and its reaction to stressors. PCA offers a straightforward way to do this by using antibodies to recognize epitopes on the surface of the mAb, Wang said. It’s also highly sensitive and high-throughput, two major advantages over many other techniques.

The presentation also looked at how PCA was developed as Wang’s team shifted from sandwich-based ELISA tests to xMAP Technology for increased throughput. He highlighted results from real samples comparing both techniques to show that the data profiles are very similar, and also cited a publication from Bristol-Myers Squibb scientists using PCA for 48-fold higher throughput than ELISAs. The multiplex assay requires little sample and minimal hands-on time and is also very fast with high precision and broad dynamic range, Wang added.

Finally, Wang reviewed data from analyses of immunogenicity and higher order structure correlation. These studies assess drug response and spot issues associated with immunogenicity, including human whole blood assay for cytokine release and complement activation, which explain why some people respond differently to the same treatment. The antibody arrays developed by Wang’s team generated a unique signature for each monoclonal antibody, producing sensitive results and detecting changes that may be missed by other bioassays and bioanalytical technologies. 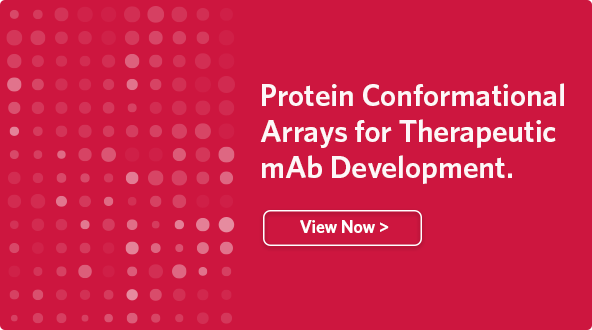