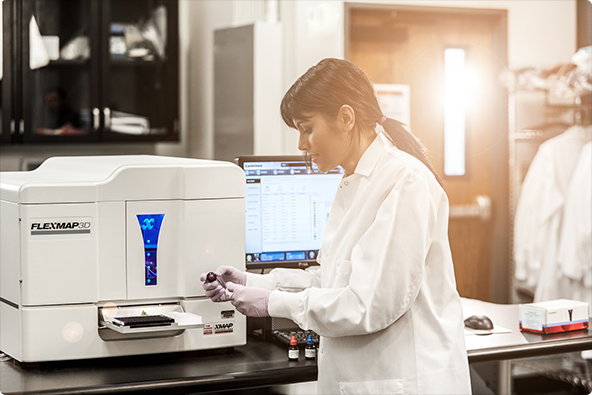 A publication in PLoS Genetics sheds much-needed light on the heterogeneity of drug response within tumors. The scientists used organoid cultures with several analytical tools, including DigiWest protein expression assays, which are based on xMAP® Technology from Luminex.

“Heterogeneous pathway activation and drug response modeled in colorectal-tumor-derived 3D cultures” comes from lead author Dirk Schumacher, senior author Christian Regenbrecht, and collaborators at several institutions in Germany and the U.S. The team aimed to characterize how organoid cultures — 3D cell cultures derived from patient tumor samples — could be used to understand heterogeneity of therapeutic response within an individual patient. Because organoids represent multiple cell populations from a tumor, they were expected to offer a more accurate reflection of biological response to treatment than simpler assessments, such as those based on a single genetic variant.

“The heterogeneity of tumors remains a severe obstacle in routinely translating preclinical data to patient treatments,” the scientists note in the paper. “While the organoid cultures largely recapitulated the genomic profiles of donor tumors, the overall treatment responses and inhibitory effects on the intracellular signaling system were quite variable.” Indeed, sampling multiple regions from the same organoid revealed as much as a 30-fold difference in drug response metrics.

For the study, the team looked at organoids derived from colorectal cancer (CRC) samples and focused on characterizing the KRAS/MAPK-signaling pathway as well as treatment effects from compounds targeting the PIK3CA and RAS/MAPK pathways as well as receptor tyrosine kinases. “MAPK signaling, analyzed by targeted proteomics, shows unexpected heterogeneity irrespective of RAS mutations and is associated with variable responses to EGFR inhibition,” the team reports. “In addition, we obtained evidence for intratumoral heterogeneity in drug response among parallel ‘sibling’ 3D cultures established from a single KRAS-mutant CRC.”

Scientists generated expression data for dozens of proteins using DigiWest, a multiplex approach developed at the University of Tübingen to replace the laborious western blot. The analysis was performed with the FLEXMAP 3D® instrument.

“Our results imply that separate testing of drug effects in multiple subpopulations may help to elucidate molecular correlates of tumor heterogeneity and to improve therapy response prediction in patients,” the team concludes.

DigiWest is a trademark of NMI registered in Germany and the EU. 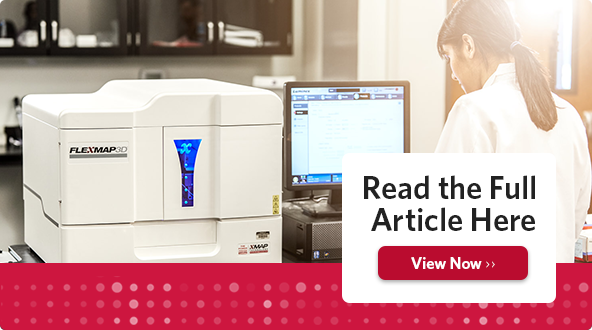